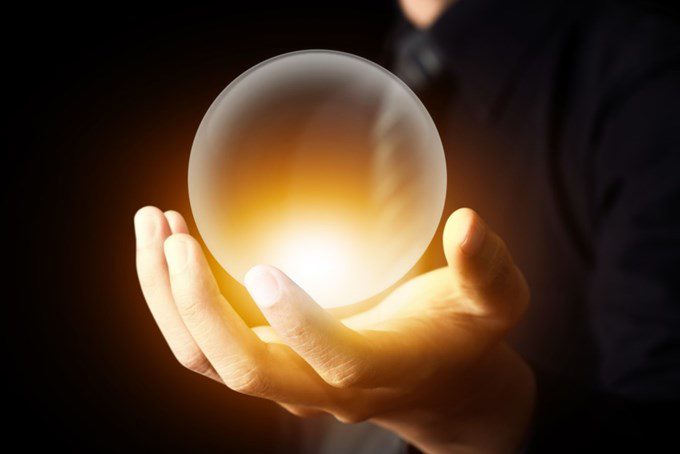 Take a mouthful, swill them around and breathe in deeply. See if they taste good. 2017 will be a vintage year for PayTech: complex, memorable, with true stand-out qualities.

1. Collaboration will be the main driver of innovation

We will see even more cross-industry, cross-company and cross-national collaboration in 2017, building on strong collaboration from 2016.

Those who don’t collaborate will struggle. It will not be enough to claim, as a top five banking executive did to me recently, that, ‘We have enough internal resources to drive innovation’. Non-banks are willing to innovate collaboratively, invent then fail fast, learn and improve, then implement swiftly and test again.

In 2017, small and entrepreneurial payments companies will be collaborating – and innovating – as never before.

The UK’s decision to leave the EU will result in a stronger PayTech industry, not a weaker one. And the UK will become seen as a favourable off-shore alternative location for EU financial institutions – much to the annoyance of its politicians.

As with James Hargreaves’ Spinning Jenny in 1770 and John Kay’s Flying Shuttle in 1773, people in the UK tend to invent, not alone in a laboratory, but out in the market. They innovate not because of a new theory or an R&D investment, but because of a Dysonesque inventiveness and enterprise spirit rooted deeply in our cultural DNA. Driven by 4.6m self-employed people in the UK, we will look back on the UK’s decision to leave the EU as an opportunity, not an obstacle.

It’s an enterprise culture that makes us say, ‘Well if we can’t do it in the EU, we’ll do it outside the EU. In China, perhaps, or India, Latin America, Indonesia or Africa’.

This is the start of a new sort of globalisation enabled by communications technology, where global growth happens not within large corporations but between communities.

In 2017 we will see our community, the Payments Association, working with similar emerging payments communities, where technology, opportunity and intelligence flows across borders to the mutual benefit of all.

2016 was dominated by digital transformation activities within the established financial institutions and large investments in re-vamping their technology to keep up with the changes and challenges. However, the idea of banks building all technological solutions in-house seems to be a less and less viable solution.

But technology has not been the only issue. The sheer size of big banks, their complex organisational structures as well as their need to comply with regulators’ heavyweight rules, especially post-2008, makes such banks comparatively slow in responding to increasingly demanding and digitally savvy contactless-familiar customers.

Hence, 2017 we will see more traction among Challenger Banks in the UK fighting for the position and for the customer. They will become known as ‘banks’, providing full suites of financial services using lean-start approaches, new technologies and new business models.

But we might see a few of them running out of steam, failing to deliver and being swallowed up by a stronger competitor.

5. Plug and play becomes the norm

The increasing standardisation of APIs will enable more competition and shorten the innovation cycle significantly. Such ‘plug and play’ modular systems will benefit from adoption of the new ISO standard 20022 in years to come, and from new technical standards defined by the new Payment Strategy Forum teams.

6. The return of wallets

In 2017 wallets will be back in favour, but this time through the use of off-scheme business models via social media such as WhatsApp, Facebook and WeChat Pay in China.

7. Non-banks will get direct access to settlement accounts at the Bank of England

In 2017, thanks to lobbying by Payments Association Chairman Rich Wagner from APS Financial and Andrea Dunlop from Paysafe Group with the Payments Association’s Project Rome team and others, we will start to see the opening up of direct access to settlement accounts at the Bank of England.

The new Blueprint for the Bank of England’s 20-year old Real Time Gross Settlement System will allow for greater competition, lower costs and shorter product development lead times. 2017 will see the first three pilots of non-banks with settlement accounts at the Bank of England.

By Christmas 2017, we will see advertised the first virtual reality headsets sporting an ability to pay within the game. And nobody will use it.

9. Payments will move into the cloud

Infrastructure providers are already providing unlimited virtual computing power and cloud storage. In 2017 more and more of the payments industry will use cloud-based computing tailored to meet PayTech’s specific needs. In conjunction with a “pay as you use” pricing model that turns infrastructure investments into variable costs, barriers to entry will fall.

Banks will preserve the ability to scale up what PayTech start-ups begin. As we approach PSD2’s final stage, we will see increased interest from larger financial institutions in PayTech. They will want to collaborate with and acquire talent, products and companies from the PayTech arena to enable agility and speed to re-connect with the customer.

11. Regulators will be powerless to prevent de-risking

By the end of 2017 derisking will be seen as the single greatest threat, not only to the PayTech industry, but to the billions of people who rely on its innovations for their financial inclusion, security and wellbeing.

Unless something is done to stem the tsunami, over 25 more financial services companies will be out of business because their bank accounts will have been withdrawn. Even more worrying, the flow of investment in payments will slow down – investors will not invest in a company without a bank account, no matter how good its prospects.

But the regulators, government and other worthy institutions will be unable to prevent the settlement banks from withdrawing bank accounts to de-risk their portfolios.

A revolutionary approach is required. By the end of 2017, the Payments Association will have created a solution to the de-risking problem (I’ve no idea what it will be yet, but watch this space…).

12. PSD2 will happen regardless of Brexit

In 2017 and beyond the UK will adopt PSD2 regardless of whether it we remain in the EU or not. As a result, big banks will shift further towards being wholesale providers of information and current account data rather than retail service providers direct to customers.

In 2017, MLD4 will not be renamed MLD5 even though it probably should be, based on the recent substantial re-drafting.

14. Consumers will move from tablet to phone

Consumers’ mobile usage will mature as they become increasingly comfortable with the smartphone-sized interface for both purchasing and moving of money.

15. Investment funding will drop off

Encouraged by the reach and adoption of smartphones, start-ups intensely focused on consumer-facing services – in particular lending and payments – have harvested a substantial part of the funding from VCs over the past five years. This reached an all-time high in 2015 – totalling $19 billion. Payments took the lead with 56.1% of the total global investment. This is logical since making and accepting payments is one of the most common and regular financial actions that people and businesses do every day. However, VC funding volumes have been declining since, potentially due to a shift of the risk profile to more mature FinTechs. In 2017 this trend of reduced funding for FinTechs will continue.

In 2017 we will also see the adoption of digital payments by banks serving companies and governments, rather than just consumers. As Boston Consulting Group announced in their report on The Next Generation Corporate Bank in December 2016, “Incumbent banks must embrace deep, systemic digitization to stay relevant, open up new paths to economic profit generation, and overhaul all key levers.”

While we will see many new use cases for PayTech, many of these will fail in 2017.

For example, Amazon is testing Amazon Go, a grocery store where you don’t pay on exit – what might be called, ‘invisible payments’ – Uber-style in its simplicity and convenience. In its current incarnation, this is going to fail. But that’s okay.  Because changing consumer payment behaviour takes time.

It has taken a decade to move from Barclaycard’s first contactless card in 2007 to having 10% of all transactions being touch-and-pay. While the Barclays bPay wrist band made the headlines, it is not being widely used. But that is not the point. Because what was learnt will feed into the ecosystem, and next time, it will be better.

A new concept called Big Payments Data will be introduced for the first time, bringing Big Data and Payments together. It will focus on how merchants, retailers, corporates and governments can use the new, rich seam of information that will surround a payments transaction, as included in the Payment Strategy Forum’s strategy.

19. Security innovation will not prevent hacking

Cryptographic security systems will become smarter, but not smart enough to reduce the threat to softer targets. Even new-build banks will attract the attention of hackers in 2017.

Retail banking, fund transfers and payments (with payments at the front end) are expected to benefit from this trend and thus will continue to dominate especially in emerging markets. However, scaling the business and establish global reach is likely to remain a challenge due to regulatory barriers.

20. Brexit Boomers will arrive on the scene

Since Brexit the The Payments Association has increased its membership by 35%. It’s an example of a type of business you will hear about a lot about in 2017: Brexit Boomers. These are companies that are benefitting from the opportunities and uncertainties that Brexit represents.

So here’s to a relaxing and replenishing Christmas break. 2016 has been a non-vintage year, with some domains experiencing a poor harvest and corked cases, underpinned by unexpected political storms and concerns for an uncertain future.

But my taste buds are tingling with anticipation for the year ahead.