Do you have the same passion for the payments industry as we do? Are you an expert in a particular payments field?  Would you like to share and pass your knowledge on to others?

Why not become an Ambassador of The Payments Association?

What does an Ambassador of The Payments Association do?

As an Ambassador we entrust you with our brand.

If you would like to contact any of our ambassadors, Sophie Boissier will be happy to introduce you. 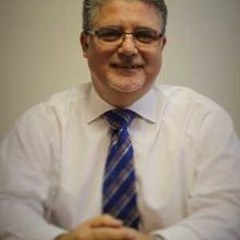 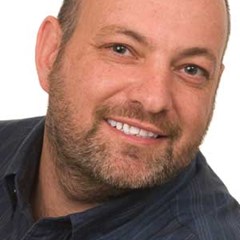 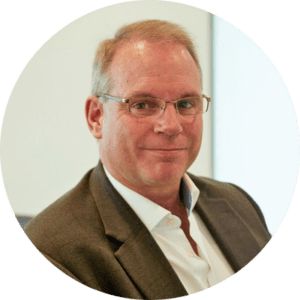 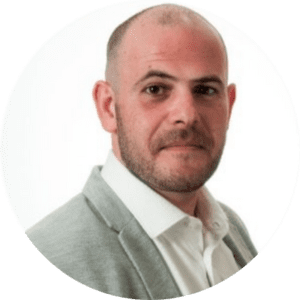 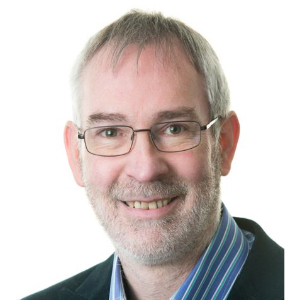 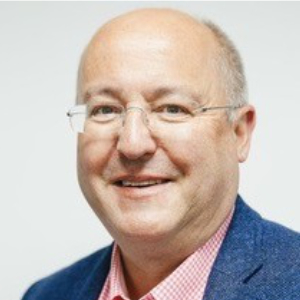 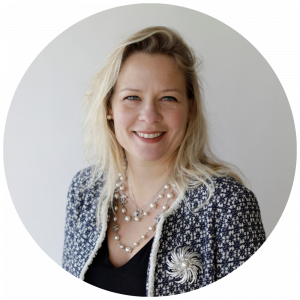 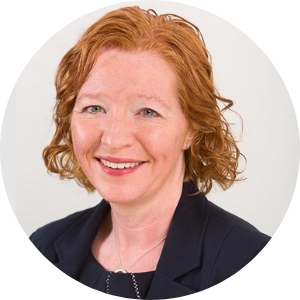 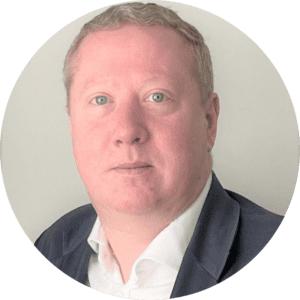 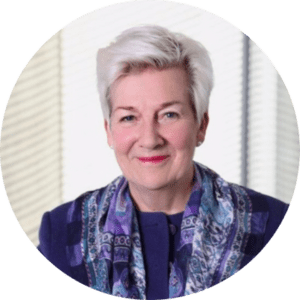 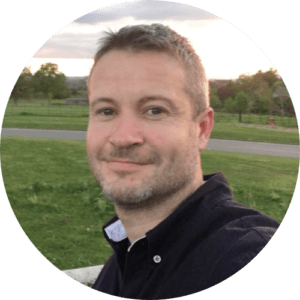 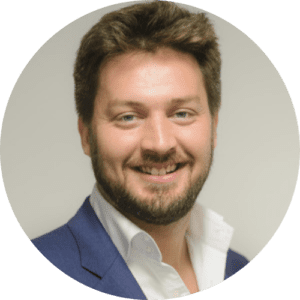 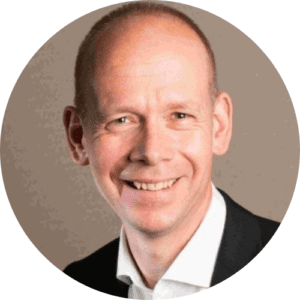 David begun his career in financial services in 1992 and in 2003 started working within the Payments Association arena with the launch of Prepaid Gift Cards in the UK. In 2008 he established EU Prepaid to provide consultancy services around the sector. Since 2003, David has been involved in designing and launching over 70 Prepaid Card programs including programs for the following sectors: Gift, General Purpose Reloadable, Payroll, Money Transfer, Youth, Incentive, Government, Insurance, and Multi-Currency.

David Parker got into Prepaid Cards in 2002 and in 2005 set up Polymath Consulting which has concentrated on consultancy services in Prepaid and Payments Association since then. Polymath Consulting have delivered over 100 projects across 20+ markets globally – from Nigeria and Kenya to Sri Lanka and Eastern. In addition the breadth of our work ranging from standard RFP’s for issuers, processors, to market entry strategy and risk/fraud provides a truly end to end view of the emerging payments arena.

A financial services practitioner with over 25 years of experience, he has worked with some of the world’s leading financial institutions, as well as established Fintechs and start-ups, where he has gained an in-depth understanding of the complexities in delivering change initiatives across large-scale business, operational and regulated environments. His domain expertise across the payments value chain includes market entry, processor and partner evaluation, compliance and risk management, credit and debit issuing, Scheme membership and regulatory license applications.

In addition to having served in a number of executive positions during his career, John has also held non-executive positions with Visa and MasterCard in the UK, as well as advisory roles, including Jaja Finance, where he supported the successful bid for the Bank of Ireland and Post office credit card back-book.

Matteo has been in Payments since 2005, working for Multinational organisations, small banks and startups, He holds an MBA in General Management and a BA in International Relations and Spanish. Currently he has co-founded FN1X, a boutique consultancy company which supports new entrants and existing p[layers in the payment space, in understanding completing the value chain and define their product.

Strongly believes in learning something new everyday and sharing your knowledge.

Mark McMurtrie is an award winning Independent Consultant who focuses on Payments and FinTech. He advises financial services companies, payment providers, merchants, technology companies and investors. Through Payments Consultancy Ltd he provides market assessments, strategy development, regulatory compliance, supplier selection and commercial due diligence advisory services. His payments industry high profile comes from being a respected commentator, research analyst, conference chairman and speaker. Mark also acts as a judge for industry award programmes and is proud to be an Ambassador for the The Payments Association.

After over a decade as the Chief Executive Officer of the UK’s biggest retail payment system and bank account switching service, Mike is pursuing a portfolio career including an INED at a financial institution specialising in the custody and settlement of digital assets, a director at a leading Bacs bureau, undertaking payments advisory engagements through his consultancy firm and is a cashless advocate.

Dr. Ruth Wandhöfer has been instrumental in shaping the future of finance during her impressive career over the last 20 years. She operates at the nexus of finance, technology and regulation and is passionate about creating the digital financial ecosystem of the future. She is a very influential female leader in the technology space, promoting the understanding, deployment and business models of our digital future across financial markets and processes.

With a diverse career across regulatory policy development, banking, Fintech/Regtech mentoring, investing and consulting she finds herself at the centre of the evolving digital ecosystem of players with the ability to advise, accelerate, promote and enable technology players to become an integral part of the new financial ecosystem.

Ruth began her career in banking. After a distinguished career of over a decade with Citi, Ruth is now an independent Non-Executive Director on the boards of Permanent TSB, Gresham Technologies and Digital Identity Net as well as a Partner at Gauss Ventures – a VC firm focused on early stage FinTech investment.

She is also the Chair of the PSR Panel in the UK, Member of the Digital Standards Advisory Group of the UK BSI, Member of the Innovation and Growth Advisory Board of the City of London, Chief Innovation Officer at GC Partners, a Strategic Adviser of the European Third Party Provider Association (ETPPA) as well as Adviser of RTGS.global and Co-Founder of Sinonyx, a specialised consulting and advisory firm focused on digitisation of capital markets and payments. Until recently she served as independent Non-Executive Director on the Boards of the London Stock Exchange Group and Pendo Systems Inc. and as senior adviser to KPMG.

She speaks five languages, has completed studies in Financial Economics (MA, UK), International Politics (MA, FR) and an LLM in International Economic Law (UK). She was awarded a doctorate by CASS Business School, London and Tilburg University in 2019 for her PhD thesis in Finance on the topic of “Technology Innovation in Financial Markets”.

She published two books: “EU Payments Integration” (2010) and “Transaction Banking and the Impact of Regulatory Change” (2014), is a Fellow of CASS Business School City University London, a Visiting Professor at the London Institute of Banking and Finance and occasional lecturer at Queen Mary London School of Law.

She balances this extraordinary career while raising her children and champions for a better work life balance for parents and more support for women entrepreneurs.

Teresa is a highly regarded industry spokesperson, she is also a published author contributing to The PAYTECH Book 2020 and as a primary author of the market leading World Payments Report.

A strong advocate of diversity, Teresa is a member of the UK Women in Payments Board.

Originally a Defence Analyst, Andrew first moved into the payments realm in 2001, leading HM Government’s Cybercrime Task Force, and subsequently co-ordinating work with industry on Banking and Payments security technology requirements, particularly in Identity, Authentication and broader Cyber Security. In over 20 years of experience as a consultant and researcher he has advised myriad Governments, Regulators, Standards bodies and every facet of industry. He is the lead author of the British Standard in Digital Identification and Strong Customer Authentication (PAS499:2019). addressing PSD2 RTS SCA, UK member of ISO TC321 in E-Commerce Transaction Assurance, and has led industry and regulatory wargaming exercises against future threats and vulnerabilities within the payments industry, including for Open Banking. Currently he has a particular focus on the developing international legal approach to combatting economic crime, especially from the viewpoint of domestic legislative programme and its impact on the global outlook.

Internationally he has been subject matter expert on an EU Cybercrime research programme, a member of the US Federal Reserve’s Secure Payments Task Force, and an advisor to Governments on international Regulatory Alignment and standards in Secure & Trusted  environments such as payments. In addition to his first degree he holds masters in Information Security (MSc, Royal Holloway), and Defence & Security Analysis (MA, Lancaster University).

In 2014 Jane obtained a Post Graduate Diploma in Governance, Risk and Compliance from the International Compliance Association (ICA) and is a Fellow there. For 5 years Jane taught ICA post-graduate students about “The Future of Payments” covering regulatory changes and new developments in technology in the field of payments and compliance.

Jane regularly speaks at conferences and publishes articles on anti-money laundering as it affects financial institutions and other regulated entities, as well as emphasising the enormous benefits that regulatory technology (RegTech) can bring in reducing costs and increasing the efficiency of the compliance function.

Since 1st October 2021 Jane has been a freelance consultant specialising in anti-money laundering and fraud prevention.

James is an Ecommerce and Payments specialist with 15+ years of experience working with payment providers including PayPal and Nuvei. James studied Retail Marketing at Manchester Metropolitan University and is passionate about consumer behaviour and the evolution of commerce.

Since 2019 James has specialised in cross border growth, localisation, and customer engagement globally. Working with brands across EMEA, Asia Pacific and the Americas and helping companies to better understand the payment landscape, cultural preferences, and risk profiles of global markets.

James currently runs Checkout XO, an agency that helps merchants to benchmark and optimise checkout flows in line with customer requirements and regional markets. As well as focussing on payment technology, CXO look at behavioural science, technology adoption in emerging markets, and accessibility for all current and potential ecommerce users.

Charles is a serial entrepreneur who has focused his career on solving tough technology challenges for some of the world’s largest organisations.

A self-confessed ‘geek’ at heart, Charles has also developed a keen radar for the ‘dark-side’ of tech, which he believes mostly manifests unintentionally from not considering the various needs of, and impact to, stakeholders.

Charles has built and sold three technology companies, and in his spare time passionately supports and mentors young entrepreneurs and start-up teams.

Past roles include Head of Technology at Deutsche Bank Labs in London and Head of AI at Fidelity International.

Charles is currently a Forbes contributing writer and is a Visiting Fellow of the University of Bristol. In early 2020 he co-founded an ESG Ratings agency, EthicsGrade, which evaluates the maturity of corporate digital responsibility at some of the world’s most well-known brands.

He is an experienced public speaker having presented at various events in the UK, US, and the Middle East on technology ethics and in particular is very focused on emerging technologies such as AI, automation and Robotics and it’s impact on society.

Charles holds an MA in Law from Cambridge, and his hobbies include golf, motorsport, science fiction and early modern history.

If you’d like to learn more about Charles’ career – please visit his Linkedin profile.

For a sample of his public speaking engagements – please watch this TEDx talk.

Hugh is a fintech expert and advisor to fintech clients including Revolut where he works part-time and leads their payment card commercial activities as they have scaled-up globally as an Issuer, Acquirer and Merchant.

In addition to working for Revolut, Hugh consults for other clients including Fintechs and VCs.

He is well known in Fintech circles, especially from his time working for Visa and Mastercard where he partnered with leading fintechs and helped them grow, pioneered many major improvement initiatives, built substantial incremental revenues and won a CEO award.

He is also familiar to Payments Association  members as former sponsor of the highly successful Women in PayTech project.

Now working as an advisor in the area of payments strategy, card payments, remittances, e-commerce, lending and fintech, he is working with leading companies to help them grow and scale profitably.