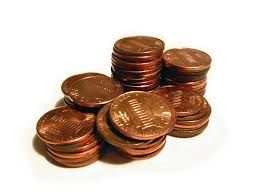 The Entertainer has been working with Pennies since August 2011 – introduced by one of the charity’s payment technology partners Worldpay International – when it was launched across the retailer’s nationwide stores.

Prior to the Pennies partnership, The Entertainer’s stores were raising an accumulative £2,000 a year via traditional charity collection boxes for four regional children’s hospital charities. Following the switch to Pennies – supporting customers to ‘micro-donate’ when they pay by card – that amount was raised in the first week. After just six months of using Pennies, over £100,000 was raised for the children’s charities supported by The Entertainer at that time.

This money significantly helped to refurbish emergency departments and provided specialist cancer equipment, art and play facilities and overnight accommodation for parents and families. For example, donations helped Great Ormond Street Hospital move closer to a new kidney centre, and made spending Christmas in Alder Hey easier for young children and their families thanks to new arts and crafts supplies.

Elsewhere the generous customers of The Entertainer covered the cost of building a private parents room at Birmingham Children’s Hospital. And their small change was given a big purpose when all these pennies contributed to the Bristol Royal Hospital for Children’s charity Children’s Heart Appeal to create a new ‘cardiac hybrid theatre’ and revolutionise treatment for children.

In November 2015, in the 4th year of the partnership, The Entertainer hit the incredible milestone of £1million raised for the (now) eight children’s charities.

Gary Grant, Managing Director and Founder of The Entertainer, said in November: “£1million is such an amazing achievement.  The introduction of Pennies to our stores has been a fantastic way to collect for so many worthy causes. Without the continuous generosity of our customers, The Entertainer wouldn’t have achieved this charitable milestone which undoubtedly will have a significant impact on our local children’s hospitals.”

Alison Hutchinson, Pennies CEO, adds: “The Entertainer was Pennies’ first in-store retailer to embrace the micro-donations movement. It was clear from day one customers felt good about giving – and this £1m milestone shows what a difference these pennies can make over four short years.”