Why the Kingdom of Saudi Arabia?

According to OPEC, KSA is also the largest exporter of petroleum and possesses around 17 percent of the world’s total proven petroleum reserves. Whilst KSA is recognised as an oil-based economy with the largest proven crude oil reserves in the world it has sought to diversify its revenue base to protect itself from oil price fluctuations.

It has recently launched a broad and ambitious socio-economic reform plan known as Vision 2030, aimed at diversifying the economy, creating private sector jobs for a growing population, and placing government finances on a sounder footing.

Cash payments is the the second most popular payment method (34%) according to a 2020 study. However, during 2020, digital payments grew by 75% and cash withdrawals fell by 33%, so the country’s inevitably going in the cashless direction, and by 2025, digital payments are projected to accumulate as much as $42.3 billion in value.

Saudi Arabia Fact Sheet
"The Kingdom of Saudi Arabia (KSA) is diversifying its sources of income to non-oil sectors. Under its Vision 2030, the Financial Sector Development Program aims to support the development of the national economy, stimulate savings, finances and investments. It has increased support in the field of financial technology for start-ups and led many efforts with a significant impact on citizens, such as moving towards a cashless society and launching the instant payment system expecting non-cash transactions to reach up to 70% in 2025". 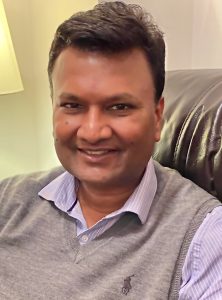 More details on the Saudi Arabian market and ease of entry:

McKinsey & Company: The future of payments in the Middle East

Guides on how to start a business in Saudi Arabia:

Gov.SA: Inquiry about a business license

Administrative and Financial processes on wages